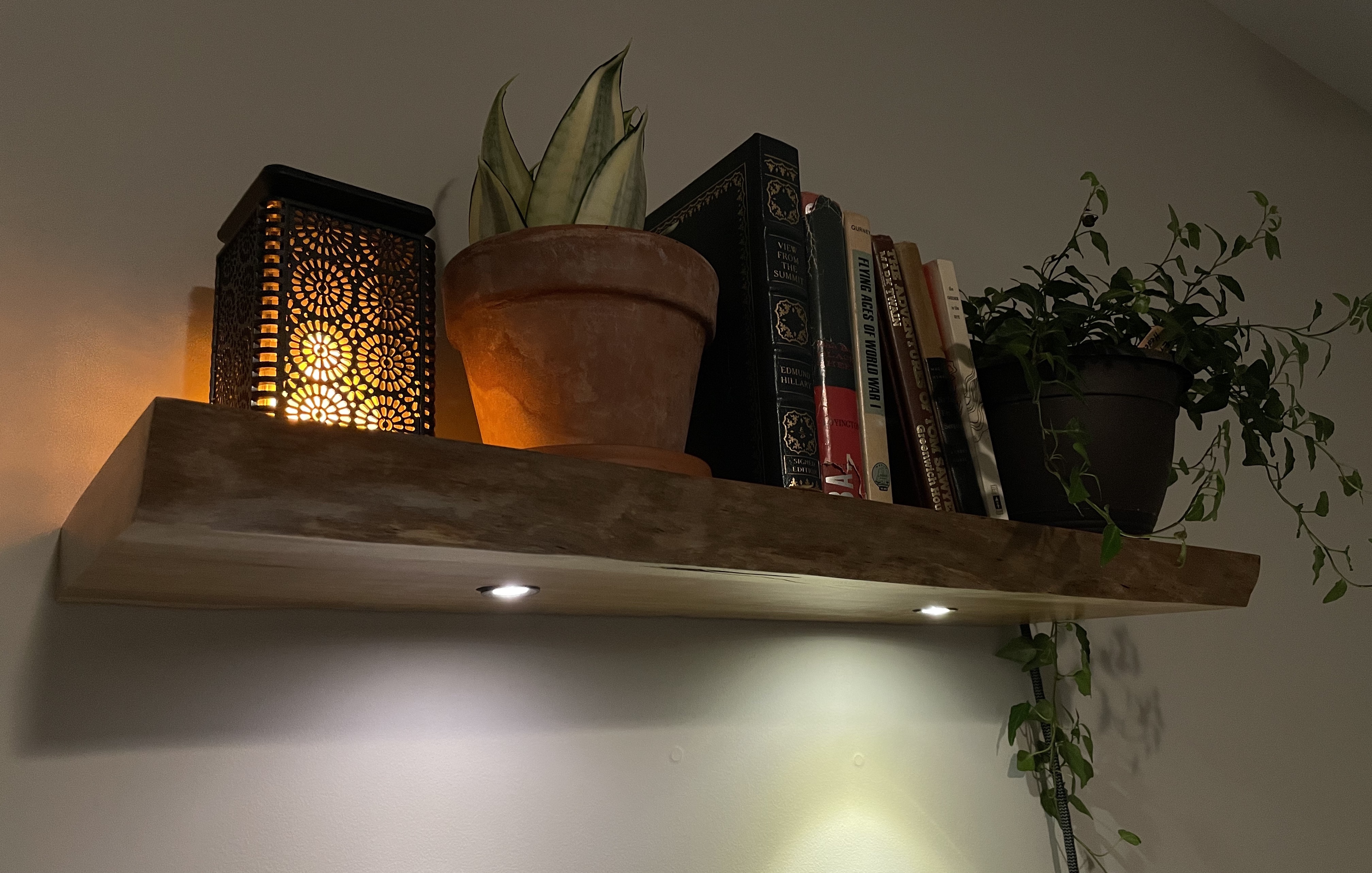 There’s a shelf that I built hanging above my bed that has two LED downlights in it (the shelf is made from cherry that was cut down on my great uncle’s farm — not relevant, just neat). Today, I swapped out the two shoddy deathtrap transformer/drivers for a single safer, more capable one, and apparently I made a rookie mistake by wiring the LEDs to it in parallel. 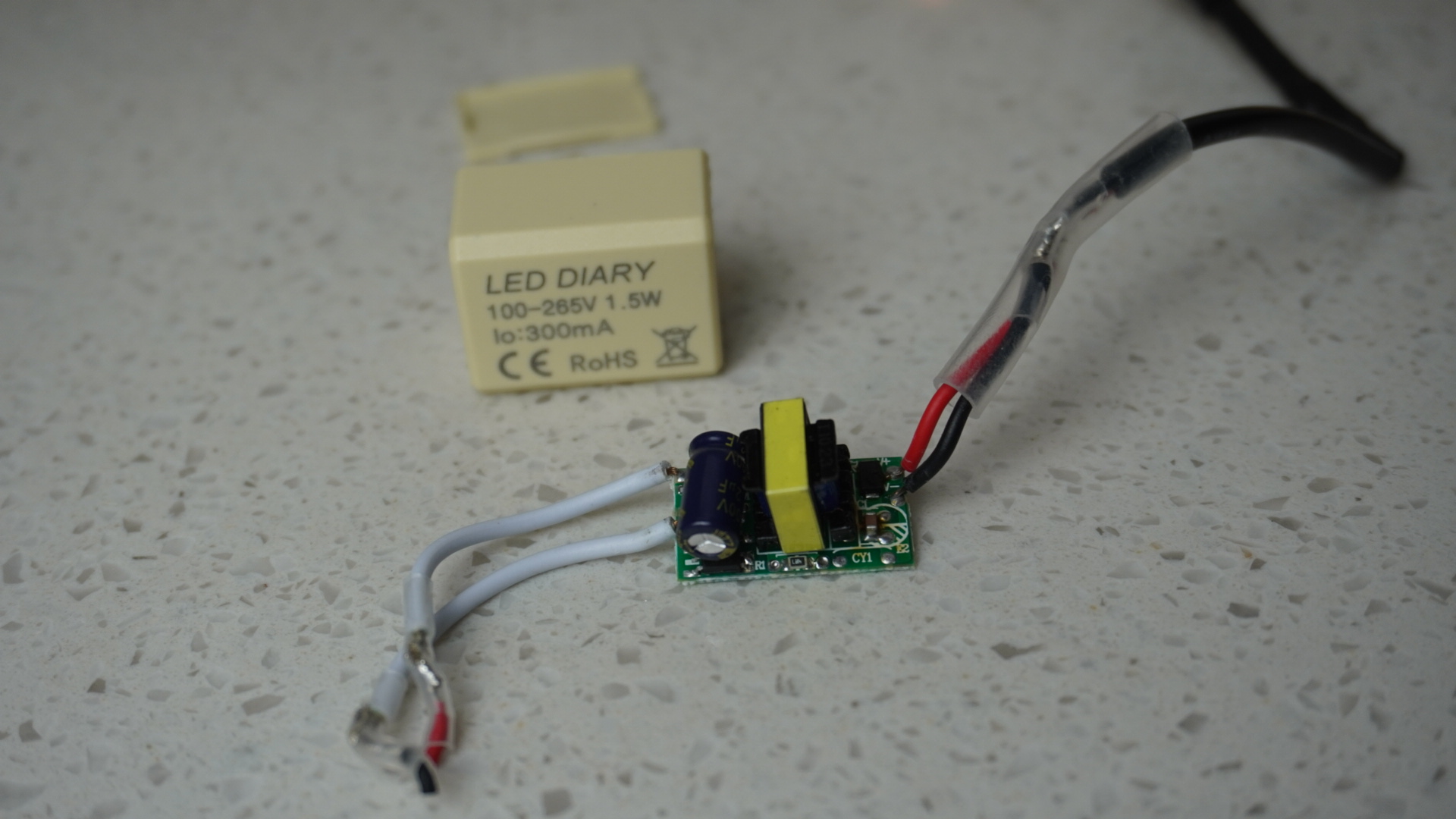 My thinking was that each 300mA constant-current driver powering an LED separately could instead be a single 600mA one. Wire the LEDs in parallel, and current will be distributed evenly between them.

But when I wired it that way, the 600mA driver started hiccupping — shutting off to protect against overcurrent, and starting up again repeatedly.

Apparently, it’s well-known that you shouldn’t drive LEDs in parallel in a situation like this. That page describes why in good detail, but the gist is that current won’t really be balanced despite the lights being in parallel, since their forward voltages will be slightly different due to manufacturing tolerance.

Now that I’m driving them in series, everything works as expected — but presumably the lights are now being driven at twice the current, so they might not last long. (I’m looking for an excuse to replace them — the colors don’t even match!)